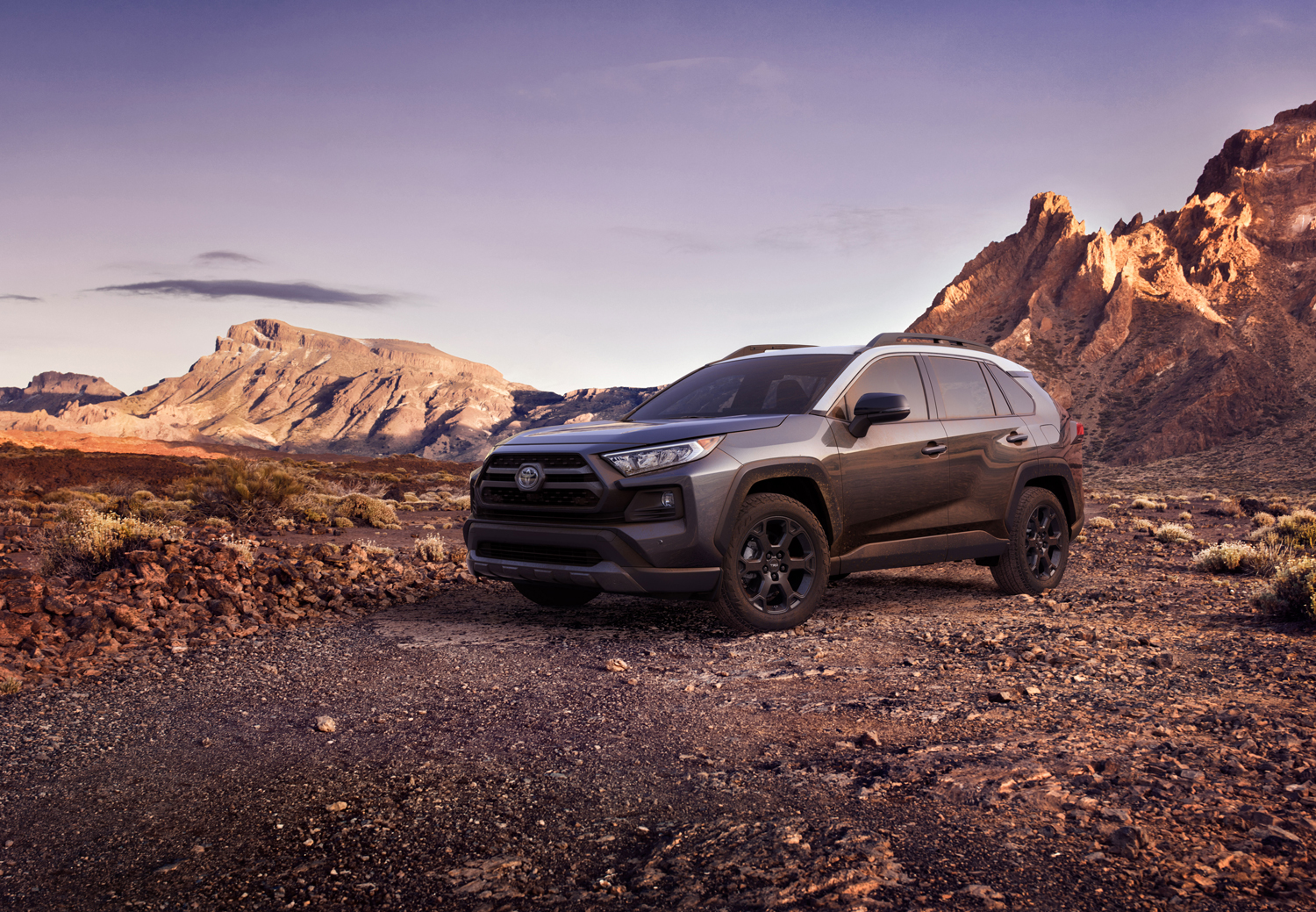 This is not the Toyota RAV4 everyone has come to know and love.

I am talking about the 2020 RAV4 Trail AWD TRD Off Road (a mouthful, I know) which makes this already popular crossover even more appealing.

After already taking a giant leap forward with a bold new look for 2019, the Trail TRD option means the RAV4 now has the abilities to match its rugged design.

Did I just call the RAV4 rugged? Yup, and I would never have been able to say that a few years ago. The change is so drastic that my better half, who used to snicker at the RAV4, fell in love with seeing it parked in our driveway. Guess it will be added to the shopping list the next time a vehicle purchase is made. And for good reason.

While it would be nice to have a bit more power under the hood for some serious off-roading, the 203 horsepower and 184 ft-lb of torque from the 2.5-litre 4-cylinder engine is sufficient for what most people would need.

The engine is paired to an 8-speed automatic gearbox, and the driver can select an optimal drive mode through the Multi-Terrain Select dial. That allows you to switch between four modes (Normal, Mud and Sand, Rock and Dirt, and Snow).

And while the RAV4 Trail has an excellent combined average fuel economy rating of 8.2 litres per 100 kilometres, I came nowhere that with an average of 11.1 L/100 km.

As mentioned earlier, this edition of the RAV4 is quite stylish and the Trail gets some more aggressive off-road tires mounted on 18-inch alloy wheels.

As part of the TRD package, the one I drove featured premium paint in the form of the Magnetic Grey Metallic body with Ice Edge Roof. The two-tone look is really slick and appealing. 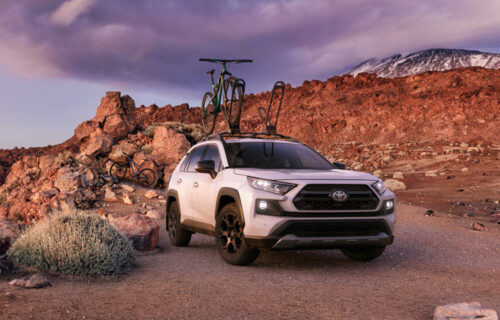 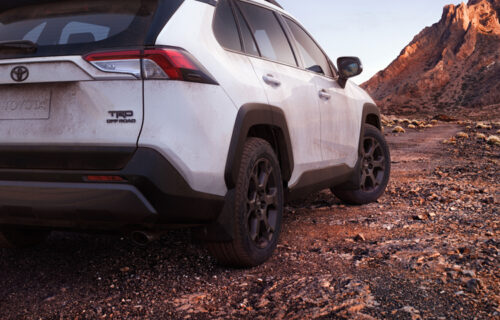 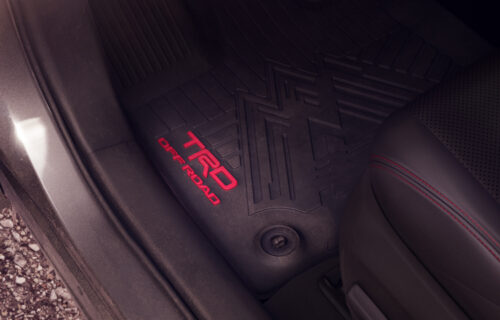 Other small changes to the Trail TRD include taller roof rails and wider wheel-arch moldings.

Those additions are on top of the new looks introduced in 2019 that include a boxier design, large grille and numerous other improvements.

On the inside, the cabin is also impressive and I really liked the red accents spread out throughout the passenger compartment.

And almost refreshingly, unlike some other brands and models that seem to be embarrassed to have any dials, the RAV4 has them in spades. The oversized control knobs for the ventilation controls, as well as the smaller ones for the radio, are even rubberized for extra grip – a fitting decision on the TRD editions.

They are also easily within reach for the driver and there is little doubt about what control does what, which helps for use while the vehicle is in motion. Even the control buttons for the heated seats and other functions are well placed and easy to activate.

And the TRD badging is everywhere – from the headrests to the floormats, Toyota makes sure you know what you are driving.

The cabin is quite comfortable and surprisingly roomy, even for back seat occupants.

One downside is that the back bench is a 60/40 split vs. a 40/20/40 in many competitors, limiting versatility a little bit. But the overall cargo capacity is still one of the best in the segment.

At eight inches, the infotainment screen is just the right size for the RAV4, although the interface itself could use some updating to keep up with the competition.

The 11-speaker JBL sound system is a bit of a saving grace, though, as it delivers excellent sound quality, and the user friendliness is improved thanks to the aforementioned compatibility with smartphones.

The TRD trim also means that the suspension has been tuned for off-roading, but the result on city streets is a bumpier ride when compared with our family’s Mazda CX-5. It’s not to the point of being too much of an issue, but just something to be aware of with this trim.

The engine is also quite noisy at times and can be a bit intrusive in the cabin.

Overall, though, the RAV4 delivers the goods and is an excellent choice whether you plan on using it in the city, like most folks, or plan to make the most of the new-found capabilities.