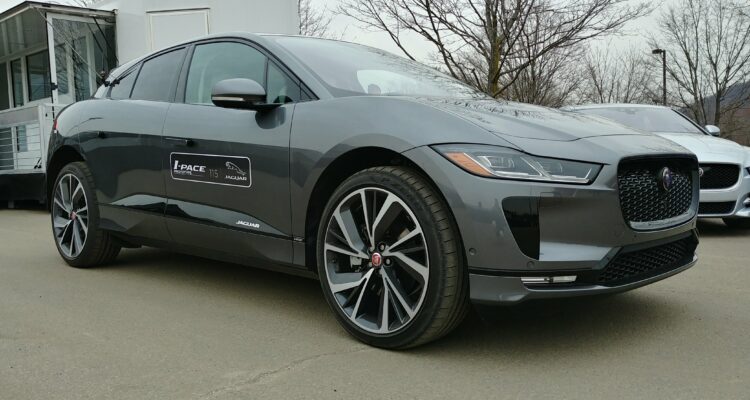 2019 Jaguar I-PACE: the Agility Test Without a Sound

My first impressions on the interior are positive. I found the design to be an elevated look from the new Range Rover Velar, which is already pretty spectacular, especially the centre stack.

The I-Pace cabin design feels like the next step in design with a modern, contrasting colour scheme and a good balance of hard and soft surfaces. The absence of a transmission tunnel has given the design team more freedom with the layout.

The console now provides ample storage – Wayne Burgess, Production Studio Director at Jaguar Design even joked that you could fit two bottles of wine under the armrest. I have yet to verify that statement for myself.

The ride was smooth, but the acceleration required a little muscle as simply letting go of the brake didn’t set things in motion, I actually had to press the accelerator. And on it went.

Truth is, the I-Pace drives like a real car, minus the exhaust sound. That’s a good thing! Many electric vehicles are understandably riddled with electronics and technology which also tends to asepticize the driving experience. But Jaguar wasn’t going to let that happen.

I got good feedback in the wheel and the steering was precise. The car… humm, SUV I should say as this is the segment Jaguar is tackling with their EV, was surprisingly nimble for a 2,670 kg vehicle. That’s where the low centre of gravity balanced by the battery packs comes in handy.

Of course, when electric vehicles are considered, there is no lack of power and torque. The I-Pace is rated at 394 horsepower and a respectable 512 lb-ft of torque which allows it to accelerate from 0 to 100 km/h in 4.8 seconds, which is 0.4 seconds faster than the entry-level Tesla Model X 75D. Jaguar estimates a full range of 386 km, though no formal EPA figures are available yet.

After those few short minutes at the wheel of the Jaguar I-Pace, I think the new model has a good chance of giving its competitors, namely Tesla, a little something to sweat over. Especially considering its advantageous pricing. South of the border, the price tag has been set at US$ 69,500.

No Canadian pricing has been announced yet, but we can expect to see the first I-Paces in dealers sometime in the fall.

As for my track record, yours truly took fifth place beating most of the gentlemen in the field, all while wearing high heels.