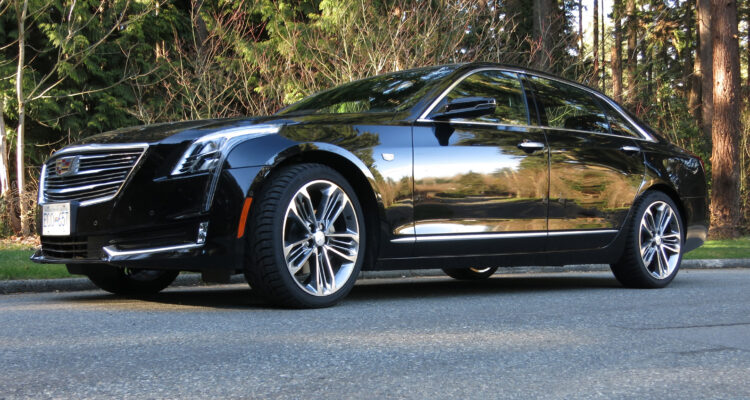 I enjoy driving full-size luxury cars, perhaps even more than piloting sports cars with huge sums of horsepower and ridiculous levels of grip. My proclivity for luscious ride dynamics and cabins of serenity should have me craving Cadillac’s top-flite sedan, but it doesn’t.

The CT6 3.0 Turbo is a full-size sedan that carries the Cadillac flag ahead of its subordinate brethren, which includes the XTS, ATS, and CTS. 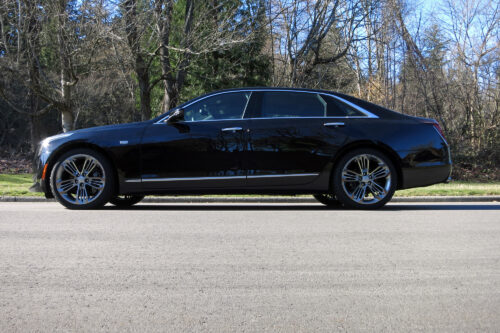 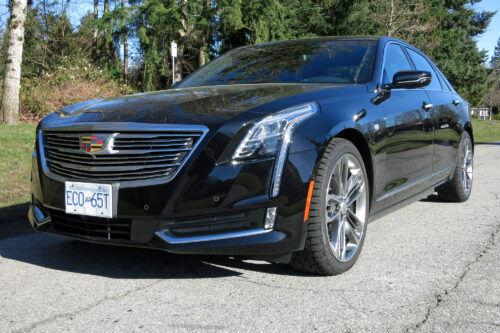 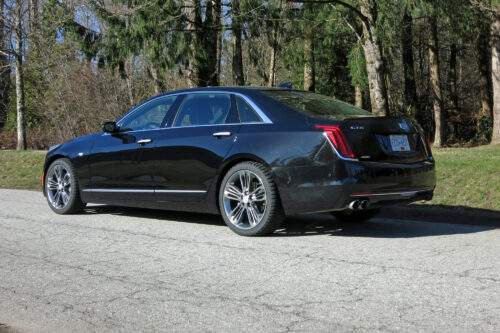 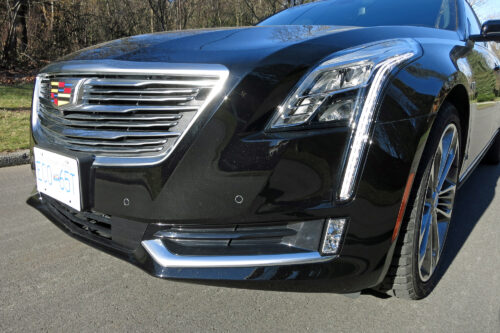 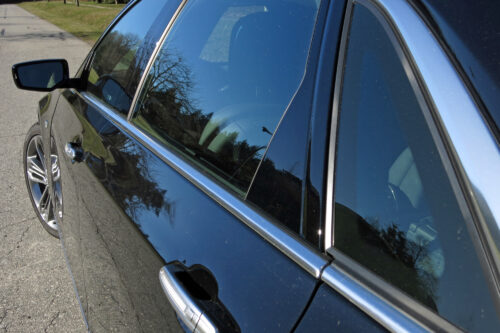 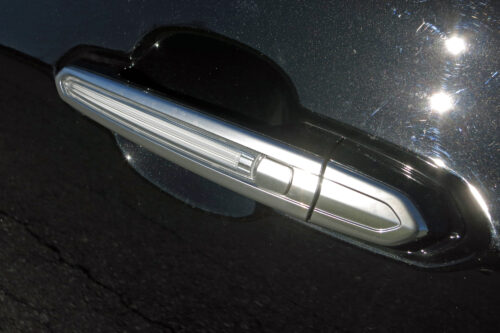 The CT6 represents the best from GM’s premium division. Despite its constellation of the latest technology, it wasn’t special enough to justify its “as tested” price tag of $105,265 despite being the Platinum all-wheel-drive version.

On paper, everything holds the hope and promise one expects when dropping a hundred large.

And yes, the CT6 3.0L Turbo definitely possesses notable attributes, such as its 3.0L twin turbocharged V6 engine dispensing 404 horsepower and 400 lb-ft of torque, but I’m left wondering what justifies laying $30K more on the dealer’s desk over the cost of a 410 horsepower XTS V-Sport AWD to secure title to a CT6?

Or even more green – like $40K more – over the cost of the highly-competent and refined Genesis G80 sedan?

No doubt, the full toy box of latest tech lurking within the CT6 accounts for some of the extra green, but if value is measured by pleasure behind the wheel, not gadgetry, the CT6 3.0 Turbo comes up short on my scorecard.

While I have inner turmoil over the MSRP of this week’s exhausted tester, it’s not a car devoid of praise by any stretch; one need only view its dramatic lines to find such evidence. Visually, the CT6 is striking, and clearly adheres to Cadillac’s latest design language…almost exceedingly so.

The family of Caddy sedans appear remarkably similar; it’s too bad that the chart-topping CT6 isn’t more distinct from the remaining lineup, perhaps by sharing greater styling cues with the Cadillac Escala concept car, or even the older Cadillac Sixteen concept. As I’ve always held though, “style” is a subjective quality which no one has ownership of.

So, let’s get behind the wheel of the 2018 CT6 Turbo and explore its premium-level deportment.

The cabin is well put together, largely featuring materials of high-quality, though bereft of the open wood grains so popular these days. But again, subjectivity is yours to exercise.

Taking a seat in the CT6 is an act accompanied by exceptional comfort, which only gets better in the front perches when the pneumatic massage feature is activated. Both the front and rear seats are heated and cooled – a perk for all aboard. 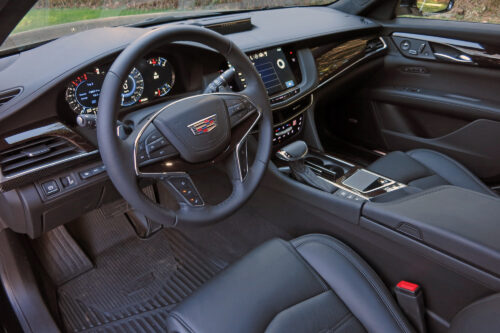 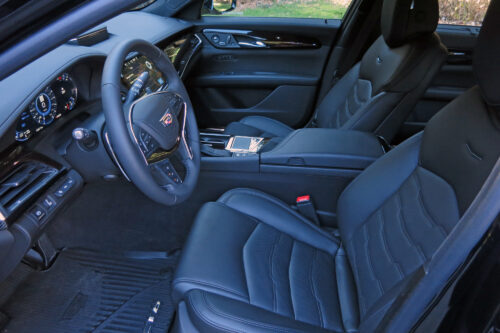 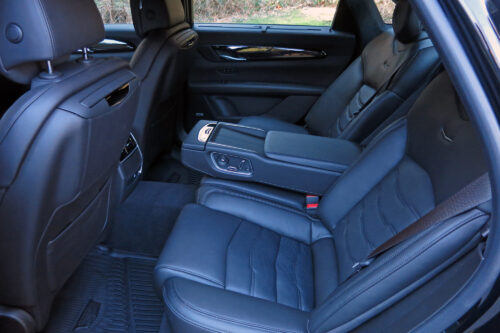 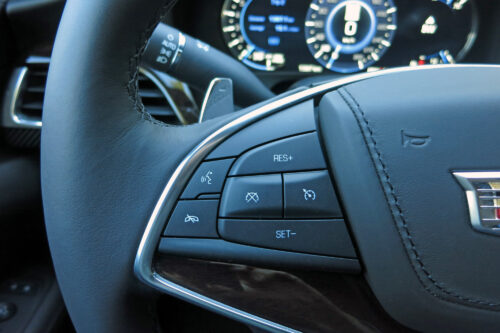 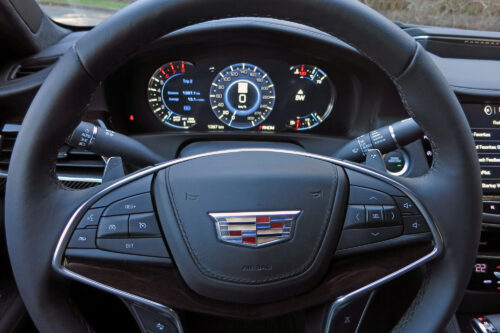 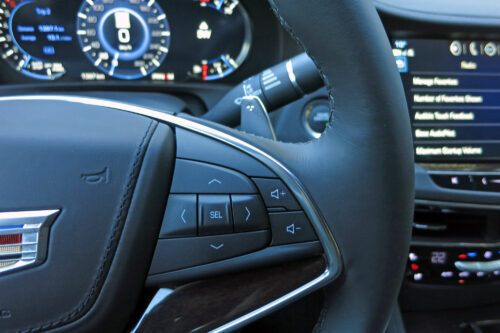 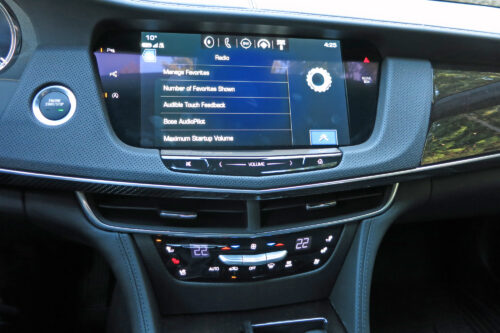 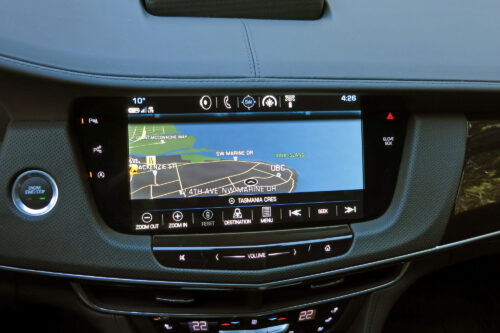 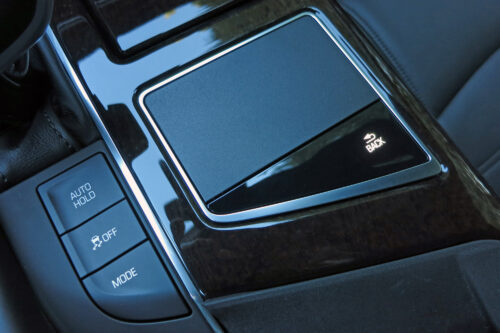 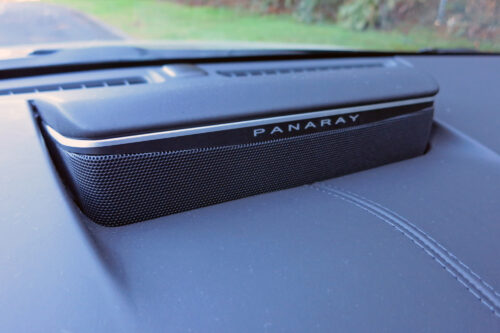 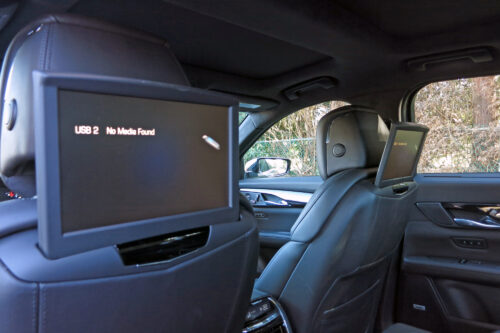 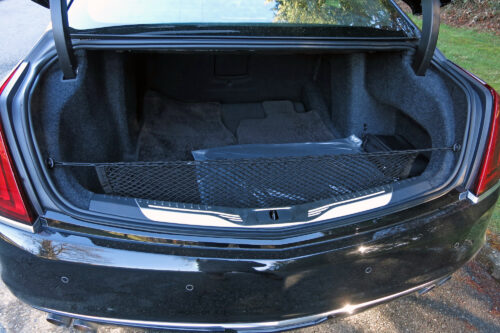 Once settled, a period of time acquainting one’s mind with the switchgear – or lack thereof – is needed before setting off.

The Cadillac User Experience – labelled “CUE” by General Motors – continues to baffle me and feel less than intuitive. Fortunately, switches are in place for basic HVAC settings, yet the heated seats and remaining HVAC controls are capacitive-touch switches, which I’m not a fan of.

These switches require accurate finger placement to operate, which means dropping one’s eyes from the roadway. They may impart an “air” of sophistication, but in reality, they are simply annoying.

I recently reviewed the Genesis G80 and found the presence of conventional switchgear in a luxury vehicle to be refreshing, straightforward, and functional. To anyone who may also feel confounded by touchscreens and electronic interfaces, I recommend checking out the G80 or its more Mercedes S-like sibling, the G90.

And while in the G80’s driver’s seat, take a spin. It offers a more refined and polished driving experience than the CT6, but one that is less aggressive and not as “sporty” I would hazard to say.

There’s no doubt that Cadillac has studied its target audience, and that may be why the CT6 feels more focused on performance than sublime comfort and quiet, and I guess that’s ok. Yet, I wonder how many buyers really want those characteristics in their Cadillac over the latter?

But don’t over-think my comments. The CT6 still delivers a smooth ride accompanied with a sincere nod to luxury, but less than I had expected given its patriarchal placement in the Caddy family.

Much to Cadillac’s credit, the CT6 is equipped with an exhaustive list of cutting-edge comfort, assistance, and safety technology as standard equipment. These include the impressive 34-speaker Panaray audio system, night vision, and pedestrian-detection and braking.

Of note is their forthcoming Super Cruise adaptive cruise control system, which extends the envelope of autonomous driving by allowing hands to be fully disengaged from steering the vehicle when driving on the highway.

So, there you have it. Don’t go into the CT6 3.0 Turbo if you’re seeking the ultimate in refinement and polish. If, however, a full-suite of the latest technology combined with stout performance are heavily-weighted desires, the CT6 3.0L Turbo may be the perfect answer.