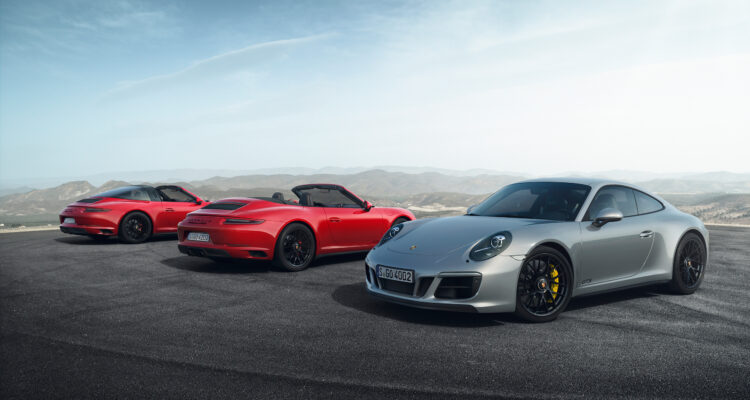 This high mountain lake sits at 1,897 metres, an elevation that almost speaks to you: if you feel winded, it’s not you, it’s me.

So it’s hard to know, when driving the 2017 Porsche 911 Carrera GTS, whether it’s the awesome mountain roads or the oxygen-deprived atmosphere taking your breath away.

Porsche may not offer many models — only six nameplates are on the roster — but it seems to offer infinite varieties of each. To the 911, which already came in 15 flavours, it’s adding five more. 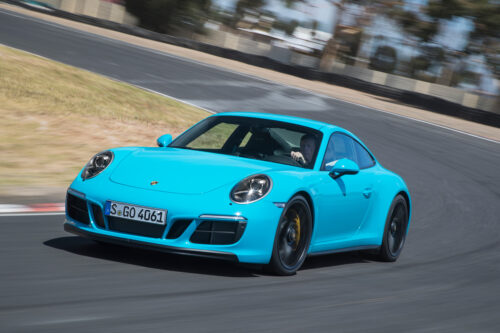 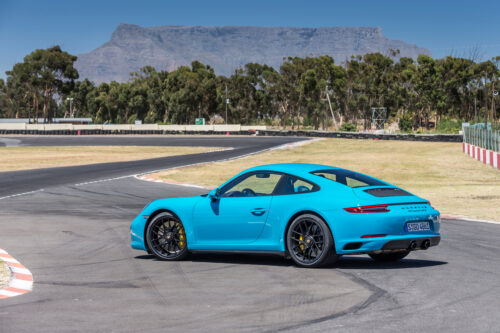 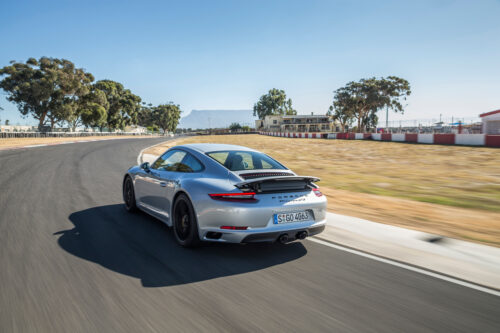 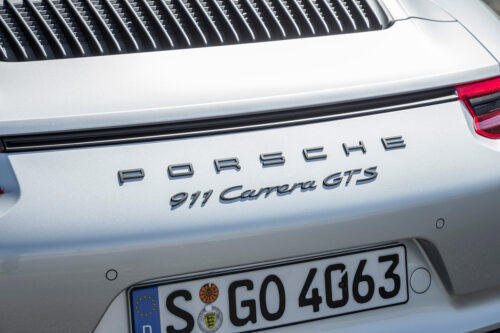 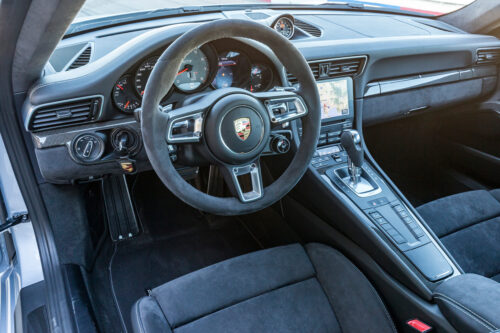 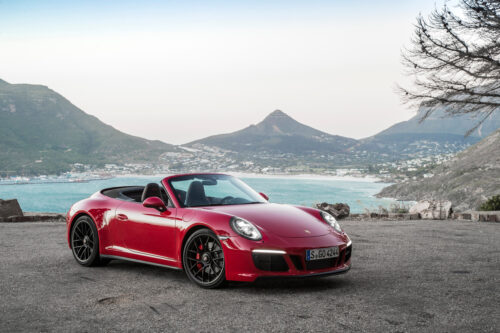 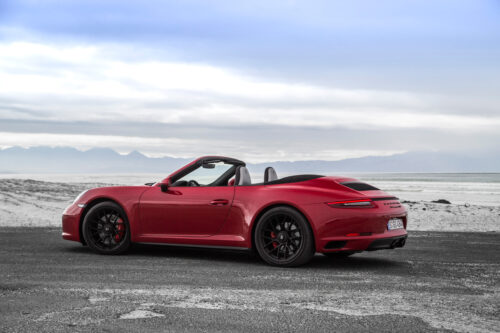 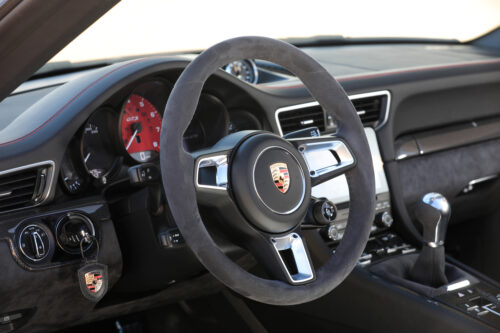 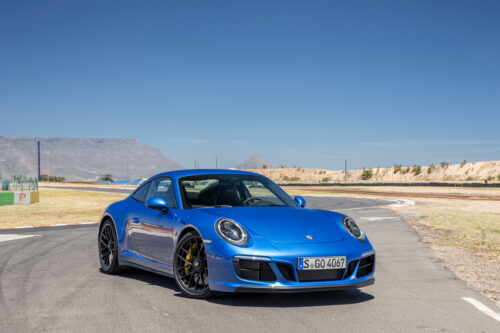 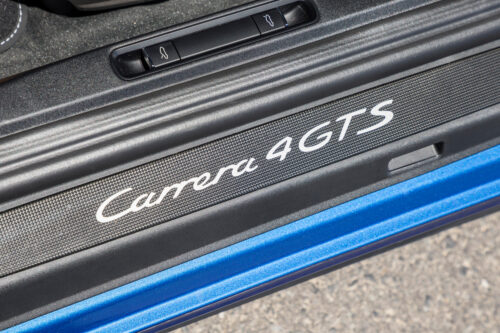 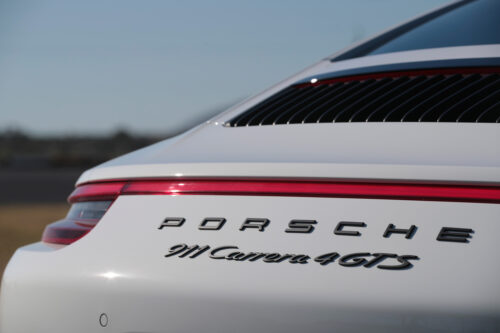 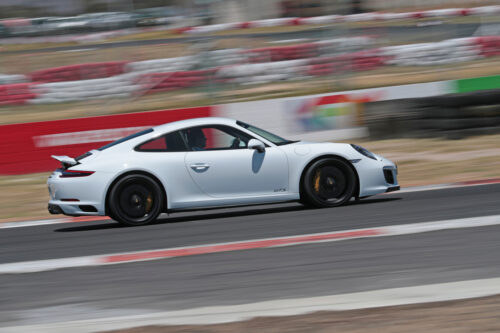 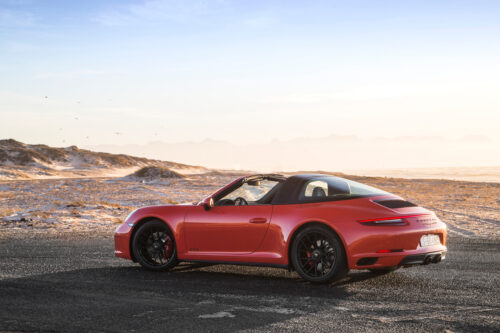 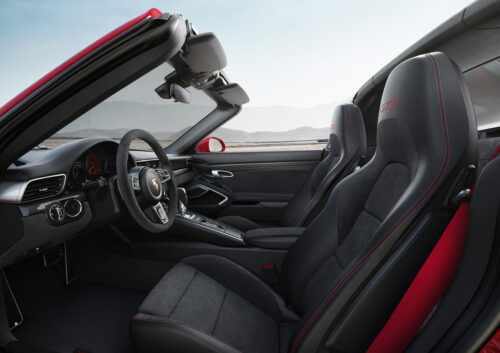 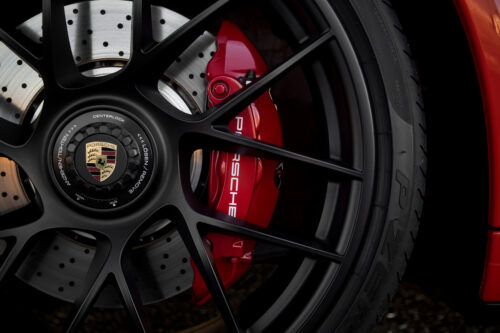 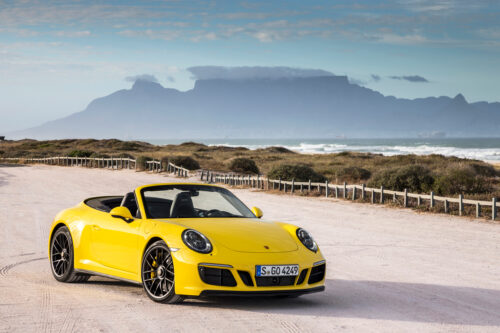 The GTS comes as a coupe and a cabriolet, each with either all-wheel drive or rear-wheel drive and an all-wheel-drive targa. The market? A 911 buyer who wants a bit more power and panache but isn’t willing to make the nearly $80,000 leap to a Turbo.

There are some significant tweaks to the GTS, all at a price less than adding a comparable, though not complete, option list to a 911 Carrera. It’s wider, with a wider track. It has some distinctive satin-black trim pieces outside, 20-inch centre-lock wheels (fastened to the hub with one centre-lock device as opposed to a standard five-lug wheel) and an Alcantara and leather combination of interior bits.

Most importantly, more power, thanks to larger twin turbochargers on the 3.0-litre flat-six engine.

It’s an odd feeling to be talking about a value story on a car priced that high, but if those 9,000 reasons aren’t enough to make a case for the GTS over a hopped-up Carrera, here’s one more:

you’ll still just have a Carrera and only you will congratulate yourself on the extra bits.

You wouldn’t get the cool centre-lock wheels nor the Alcantara steering wheel or black-satin trim pieces.

Active suspension is not offered on the cabriolets or the Targa due to the reduced chassis stiffness inherent in not having an unbroken roof.

That front splitter, combined with a higher extension of the rear spoiler at speed, combine to increase downforce, and therefore grip.

The new turbos boost power by 30 horsepower and torque by 37 pound-feet. While that may not seem like much, it drops 0-100 km/h times to 3.6 seconds when equipped with the optional PDK dual-clutch transmission.

For purists, the base models come with a seven-speed manual transmission.

Despite the added performance, driving the GTS remains as easy as the other 911 models. It will give you a kick to the backside when you want it, but the ride is not rough and jarring and the PDK remains one of the smoothest dual-clutch transmissions on the market. Also, standard-transmission models feature a light clutch pedal, unlike the quad-building pedals of some previous 911 models.

The Targa features a nifty roof-stowage scheme: first, the rear glass and decklid open up and rearward. Then the targa roof (on the GTS it’s available only as a canvas-covered top) folds back and down before the rear glass and lid drop back into place. The characteristic Targa bar is now satin-finish black, for a distinctive appearance.

It’s an improvement over the previous Targa, which merely slid a glass roof backward under the rear window, hampering rearward visibility. The Targa maintains a strong following, drawn to the retro look of original Targa models but without the fuss of having to manually remove the roof.

Many of the tweaks for the GTS appeal only to vanity. For example, there’s no mechanical benefit to centre-lock wheels, they are merely there for the cool-factor derived from the racing heritage of such wheels.

The Alcantara leather steering wheel, in contrast, not only looks cool, but it makes the wheel grippier in your hands. It’s also warmer to the touch, even without the optional steering wheel heater.

Also standard on GTS are the sport seats, which offer increased lateral support without turning into the hard-to-access racing buckets of GT3 models.

The roads around Lake Tahoe are fantastic drives. Twisty, hilly with some straights for opening it up and some hairpins for slowing it down. If you’re a driver with any kind of sporting car, you owe it to yourself to get it, and yourself, here.

Some of the cars had the ceramic brakes, which aside from the nearly $10,000 initial outlay, also represent a significant commitment for service. Pads for a $10,000 brake system aren’t going to be cheap. But God, are they good. Powerful yet forgiving, resistant to fade yet controllable. If you have the means…

Porsche is unique among many carmakers in having a market that’s relatively insensitive to price for the most part. In that case, there’s a good case to be made for spending the extra to get a GTS.