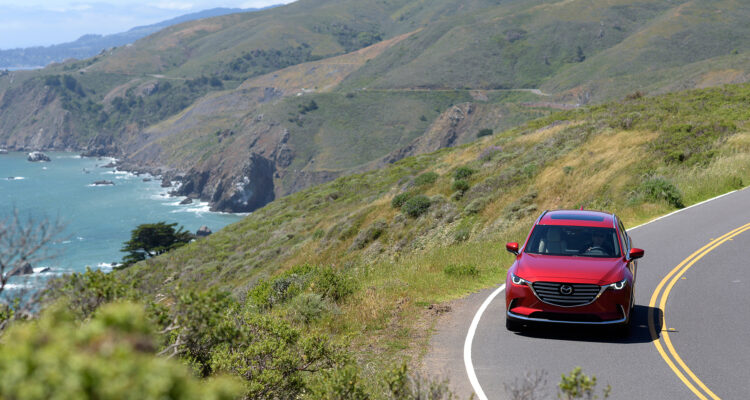 The 2017 Mazda CX-9 features something unexpected: an interior that wouldn’t be out of place if there was a tri-star, propeller or prancing horse logo on the steering wheel.

There may be other reasons the CX-9 is not quite on par with a Mercedes, BMW or Porsche, but the interior isn’t one of them. The design, choice of materials and execution is superb. 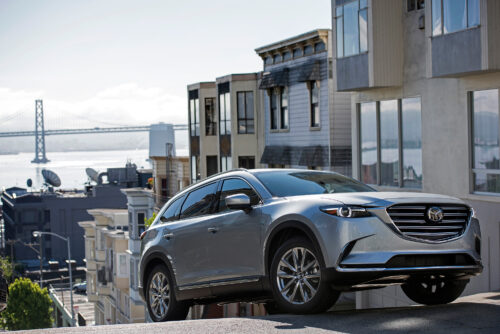 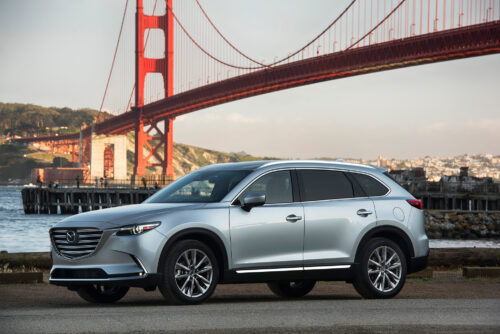 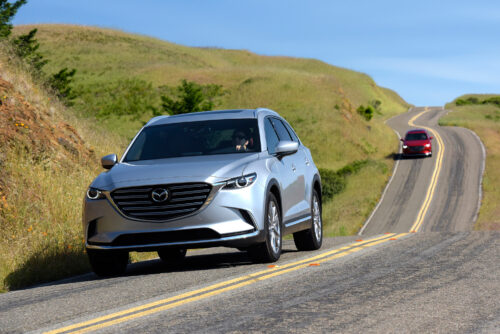 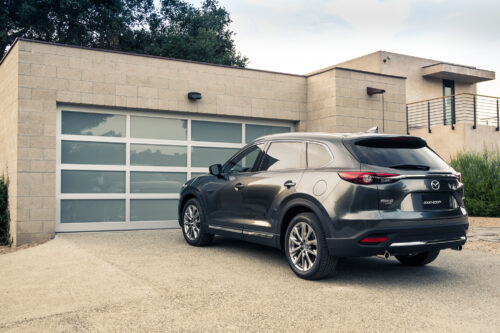 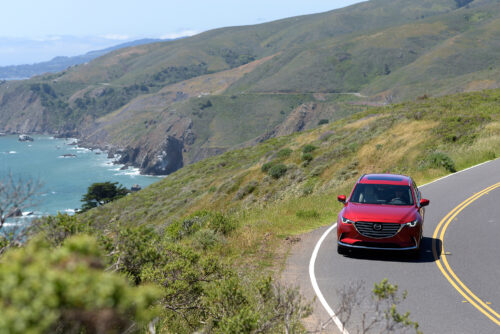 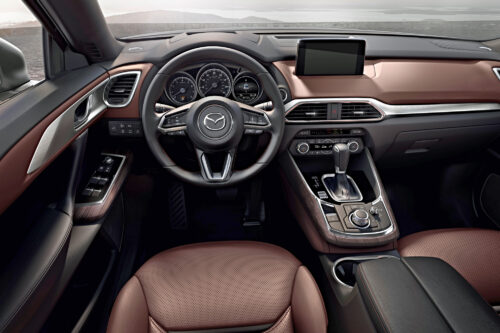 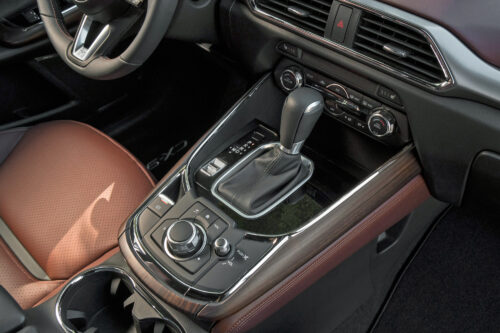 We had the CX-9 for five days in Arizona, where we were two families participating in the Arizona Cup, an outdoor archery tournament held every year about a half-hour north of Phoenix.

As a seven-seater, the CX-9 seemed perfect for six people, and a bunch of archery equipment. Largely, it was, though more on that later.

The first thing that struck all six of us was the exterior design, sleek and sophisticated with a strong sense of Mazda’s Kodo design language, which includes a prominent snout, aggressive air intakes, just enough lines down the side and a combination of a tapered rear with a spoiler off the roof for both aerodynamics and esthetics.

Inside, a protruding display screen allows for a low dash and a spacious feeling, with handy controls either in the centre console or the lower part of the dash. The use of piano black and brushed aluminum on the GT model combine to give the Mazda the most luxurious interior among mainstream brands. If you opt for the Signature model, you get rosewood trim that’s not at all cliché, as well.

In the centre console, Mazda’s Mazda Connect interface functions much like Mercedes’ COMAND system, using a combination knob/joystick to navigate through various functions on the display screen. There is a bit of a tradeoff with such a system relative to a touch-screen: it’s not quite as easy as point-and-shoot, but on the other hand, you can fumble with eyes on the road more easily, plus you’re not putting fingerprints all over the touchscreen.

Most appreciated, and it’s just to the right of the big knob, is an actual volume control that, when pushed, doubles as a ‘mute’ switch. Muting the audio doesn’t disable the rest of the system, nor does it mute navigation instructions.

As a seven-seater, the CX-9 isn’t limousine-like in the third row, but none of those who rode back there (we’re all, at this point in our families’ lives, adult-sized) complained, even after an hour commute. To give the third row more room, or to move a younger child closer to the parents in the front, the second row slides forward and backward.

Even with all six of us in the vehicle, the cargo capacity remained high, thanks to the 60/40 split folding third row seatback.

For the archery tournament, cargo space could have been just an inch in any direction more. On the way to and from the airport, there were only five of us: the other dad had different flights. That meant both boys’ bow cases, both moms and one dad fit fine. When we had to pick up the other dad while carrying two bow cases, one bow case rode on the laps of those in the second row. With just an inch or two more in the cargo area, that wouldn’t have been necessary.

Fortunately, for the commutes to the archery tournament, the one archer with two bows relented and left one bow behind, making only one bow case necessary.

(The tournament went very well, thanks for asking: my son finished first with 705 out of 720, one point ahead of No. 2 and one point behind a world record for his age.)

It was when following the navigation system from Phoenix Sky Harbor Airport to the condo we were using that the first complaint arrived. “Travel 350 feet, then turn back (as in U-turn) and your destination will be on the right.”

There were several instances where it wanted you to drive past the destination and then turn back, ostensibly because it assumed the address didn’t include a parking lot and was set up for street parking. At another time, it directed us to a Mexican restaurant that, for all we could see, was no longer there. Most times, the nav system got us exactly where it promised to take us.

In comparison, I found the Maps app on my iPhone often provided better instruction, and was more humorous, especially after I set Siri up as an Aussie female.

The handling of the CX-9 can only be described as brilliant, with crisp steering, good feedback and grip that never quits. The brakes were easy to modulate and clamped down hard when needed.

The CX-9 is available as a front-wheel driver and all-wheel driver. Either way, it will need winter tires. All-wheel drive is not a replacement for the right rubber.

Interestingly, what I found very effective was the system drops audio volume only on the driver’s side front speakers when the navigation system needed to speak. It made the nav instructions easy to hear, but left volume up for the rest of the car.

In the rush for better fuel economy, it seems everyone is replacing displacement with turbocharging, and the CX-9 is no different. The 2.5-litre turbo four is powerful and thrifty.