This week, I drive the Hemi-powered 2017 Dodge Charger R/T, and try not to get a speeding ticket or nasty looks from the neighbours.

With so many well-healed baby-boomers longing to relive their glory years, it’s unlikely that the American muscle-car renaissance will run out of fuel any time soon. 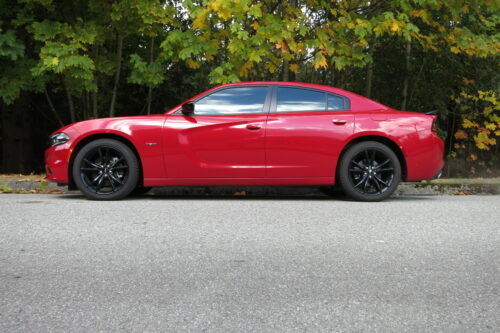 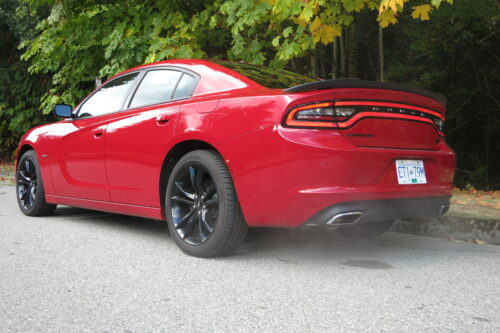 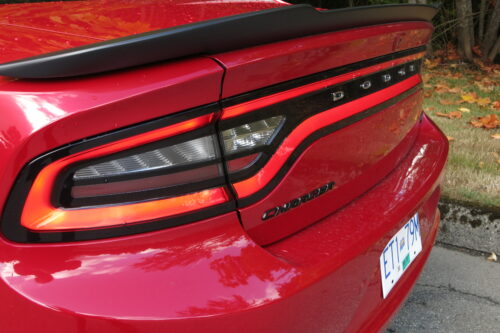 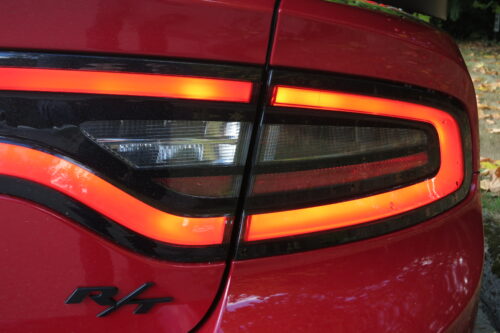 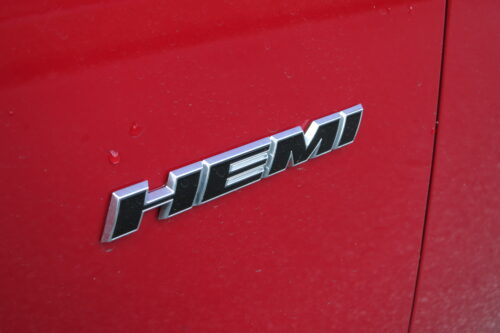 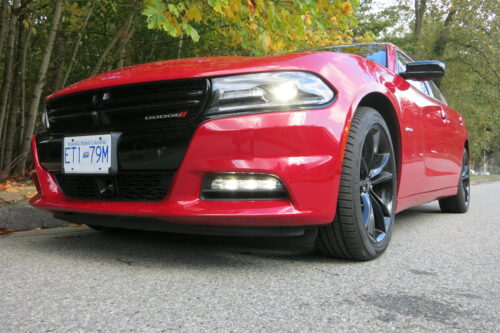 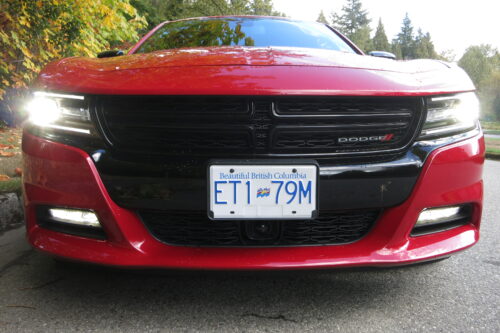 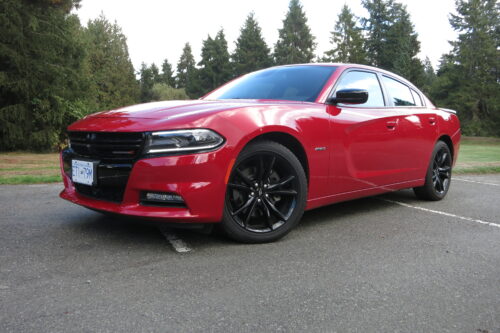 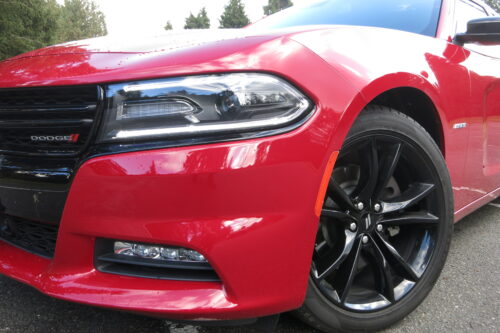 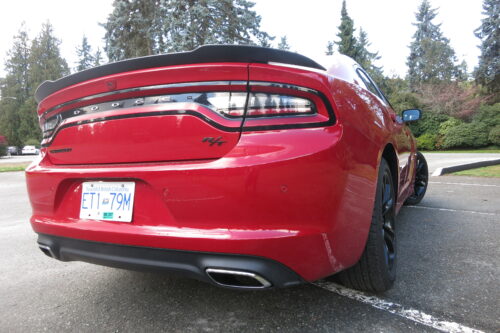 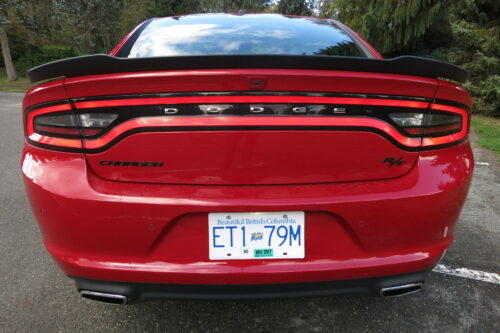 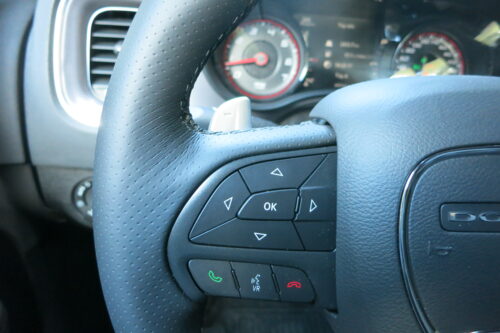 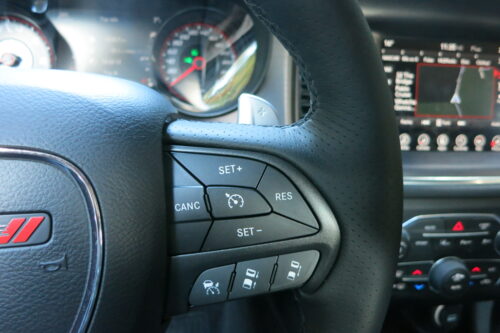 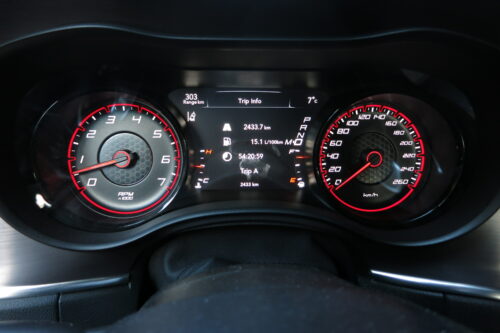 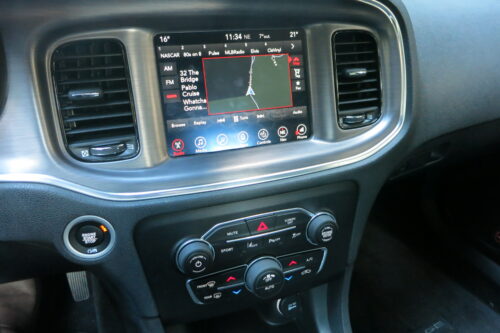 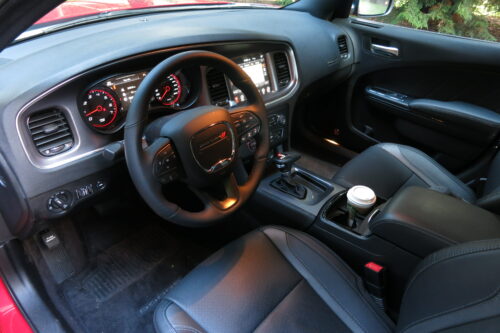 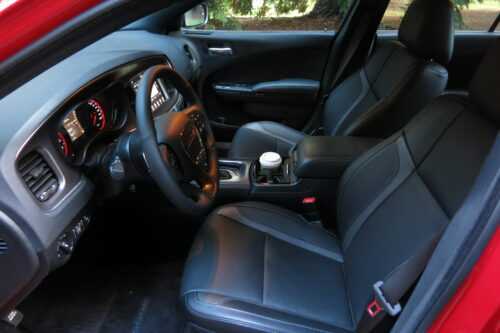 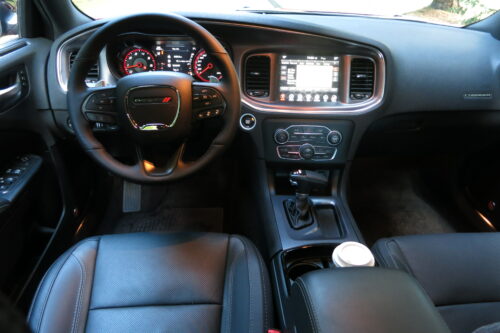 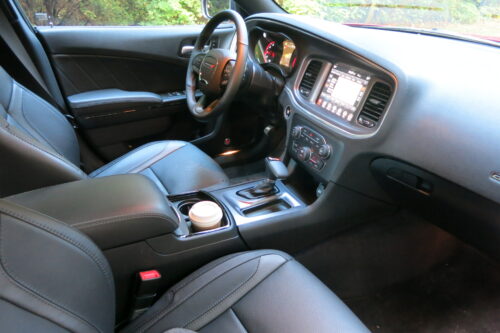 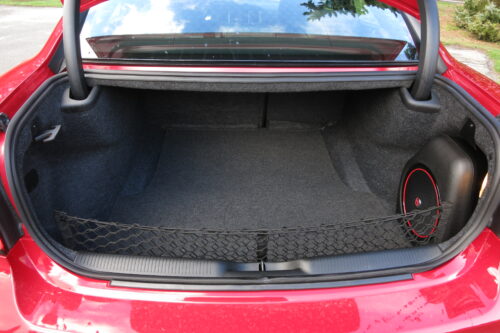 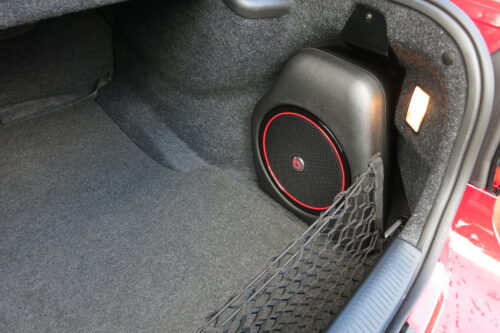 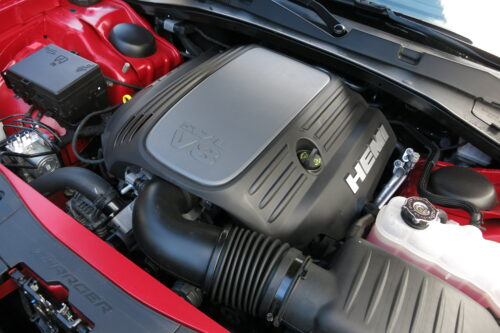 Starring in those high-octane dreams are a number of 2-door coupes – think Mustang, Camaro, Challenger – fortified with ground-shaking V8 engines. All well and good unless you need to place child seats for the grandchildren.

For those muscle-car adherents needing a realistic back seat with easy access and a near-massive trunk, look no further than the Dodge Charger. With three V8 engine choices, the 2017 Charger combines big-car practicality with muscle-car dreams.

At the top of the Charger food chain is the formidable SRT Hellcat. The heart of this wild beast is a 6.2L HEMI power-plant dispensing a monstrous 707 horsepower and 650 lb-ft of torque. Chrysler claims it to be the, “fastest, quickest, and most powerful sedan ever.”

A small step down from the Hellcat brings us to the SRT 392, so named for its displacement measured in cubic inches.

Consider this an homage to the glory days of ever larger V8s, giving credence to dictum, “there’s no replacement for displacement.” And that displacement procures no less than 485 horsepower and 475 lb-ft of torque.

The third son of Zorn is the Charger R/T, which we’ll explore together.

Powered by Chrysler’s now ubiquitous 5.7L HEMI engine, the R/T makes do with 385 horsepower and 370 lb-ft of torque, but don’t be lured into complacency by the junior powerhouse. It’s just as capable of putting a smile on an aging face as any of the more brutish HEMI power plants.

In all three V8 executions, an automatic transmission administers a cluster of eight cogs to ensure the delivery of optimal power to the rear wheels.

The big engines make a token attempt at fuel-efficiency through Dodge’s Multi-Displacement System (MDS), which puts four of the eight cylinders at rest during low-power needs.

Despite a generous allotment of cogs and the presence of MDS technology, these are thirsty engines, especially when they are “less restrained” shall we say.

More realistic driving though brought my consumption well into the rage of 16L/100km, or more. Cleary, one must value performance over economy in this scenario, and for those the HEMI is pure nirvana.

My Torred red tester fired a loud warning upon start-up that made clear to all in its presence that a rumbly V8 resided under its expansive hood. That statement grew louder, becoming an intense staccato under hard acceleration. It’s this lusty sound signature that V8s are lauded for, and the Charger R/T delivers.

While it generates all the right sounds, does the R/T also deliver performance?

In short, yes it does but don’t expect to be overwhelmed by acceleration or handling capabilities. What you can count on though is a very liveable balance between big-car comfort and muscle-car performance.

This is really where the Charger R/T shines, imparting many large-car attributes, such as a spacious cabin, large trunk, and comfortable ride dynamics. Never being one to shy away from full-size sedans, I enjoyed these virtues.

Thanks to its brawny, more raucous side, the Charger R/T can also effectively address a retrospective longing for the muscle-car era. I will take the 5th at this point and admit to bouts of tire-squealing immaturity during my R/T week.

Overall, the Charger R/T is athletic and well composed in the corners given its size and considerable mass. This car would definitely be a joy on winding country roads where its bad-ass auditory accompaniment could be full enjoyed.

I did note, however, that badly butchered pavement can reveal some clunkiness in the underpinnings, reminding us that this is not a premium-level grand touring sedan. Still, at $43,295 the Charger R/T can satiate many-a-yearning.

While some wives – read mine – may be less appreciative of the “HEMI” effect on spouses, I’ll give credit where it’s due. The 2017 Charger R/T isn’t the most powerful iteration in the Dodge lineup, but in many ways it may be the may be the most liveable, offering an optimal balance between comfort, performance, and price.